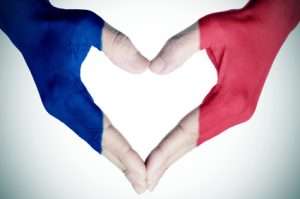 It was one year ago today, when like most others, I was glued to the television watching the results of the Clinton versus Trump election. In my hand, as I sat solo in my family room, was my iPhone. Like others, I was busy texting election results back-and-forth with my friends.

Most of us had expected Hillary Clinton to win the election and it would be a historical day for America to have our first female President.

As the night went on, many of us were stunned as the electoral college results came in. With Florida and Ohio in the Trump camp, shock waves hit across the country and throughout the world.

None of us were prepared for the outcome.

Some were thrilled with the news of Donald Trump becoming the next president, while others literally cried and started to worry about our country.

How this relates to dating is huge.

As a dating and relationship coach, the biggest dating divide I’ve ever experienced in the history has been this past election, along with the year that has passed since election day.

Mashable reports that a single man on Tinder has been using a new technique which he calls “Trumping” to reject dates he’s not interested in anymore.

Dan, the Trumping guy, sends a message to his matches saying he voted for Trump, instead of telling them he isn’t interested, or taking the coward’s way out of ghosting, which has plagued over 90% of millennials.

Meanwhile, conservatives are still bashing Clinton and liberals don’t want to date Trump supporters. Being on opposite ends of the political spectrum is a passion that just isn’t sexy in Trump’s America.

Other data shows existing relationships became strained with the election results. I predicted in my Huffington Post column that many relationships would end between Inauguration Day and Valentine’s Day, and now know this to be a fact.

The truth is, it’s not about being liberal or conservative. It’s not even about who one voted for, as much as it’s about values. Values are the core of what makes a couple click and what helps them stick together during the inevitable bumps on the road.

Whether it’s family values or walls being built, singles have a lot to say these days, with politics topping the list of deal-breakers.

While I think things have calmed down a bit, with singles and couples agreeing to disagree, it’s been a challenging time for the love world.

RELATED: Does Politics Help or Hurt Your Relationship

Dr. Helen Fisher, biological anthropologist and chief science officer at Match agrees and tell me, “Maybe couples should have a little system of a time out, where one person says one thing.”

An adult time-out. Maybe this will ease the tension of dating in a Trump world.

Here’s how it works.

Fisher believes something as simple as taking a bike ride will bump up the dopamine system and will reduce the pain in your relationship.

From my view, people are definitely more passionate about their political views these days. Watching the news or scrolling through tweets has given us a 24-hour reality show. Having a voice on social media is now a license to post public rants in one direction or another, resulting in the deterioration of many friendships.

How does this relate to love one year later?

For me, I’ve been glued to the news in a more magnified way and I know others feel the same. As a dating coach, I encourage political conversations to be brought to the front in a kind manner, without people attacking each other. If it’s true that love will find a way, remember why you fell in love in the first place.

It’s time to return to the time when a lively debate made an interesting topic for a date.

Let’s not bring war into the bedroom.

Wishing you much love and joy in cyberspace, or wherever you may swipe or roam.

Julie Spira is America’s Top Online Dating Expert and Digital Matchmaker. She’s the CEO and founder of Cyber-Dating Expert, and as an early adopter of Internet dating, has been coaching singles for over 23 years on finding love online.

SIGN UP for the FREE Weekly Flirt for dating advice delivered to your inbox.