Just in time for the Jewish New Year, online dating site JDate has published an infographic showing a milestone of almost 1000 marriages since their inception in 2003.

The Jewish online dating site commissioned ResearchNow to survey married Jewish Internet users. The results showed that JDate is responsible for more Jewish marriages than all of the other major online dating sites combined.

Of the 948 who participated in the survey, 52% who married met on JDate.

Are you a member of a niche online dating site focusing on religion? Comments are welcome and you can sign up for JDate in our Dating Community. 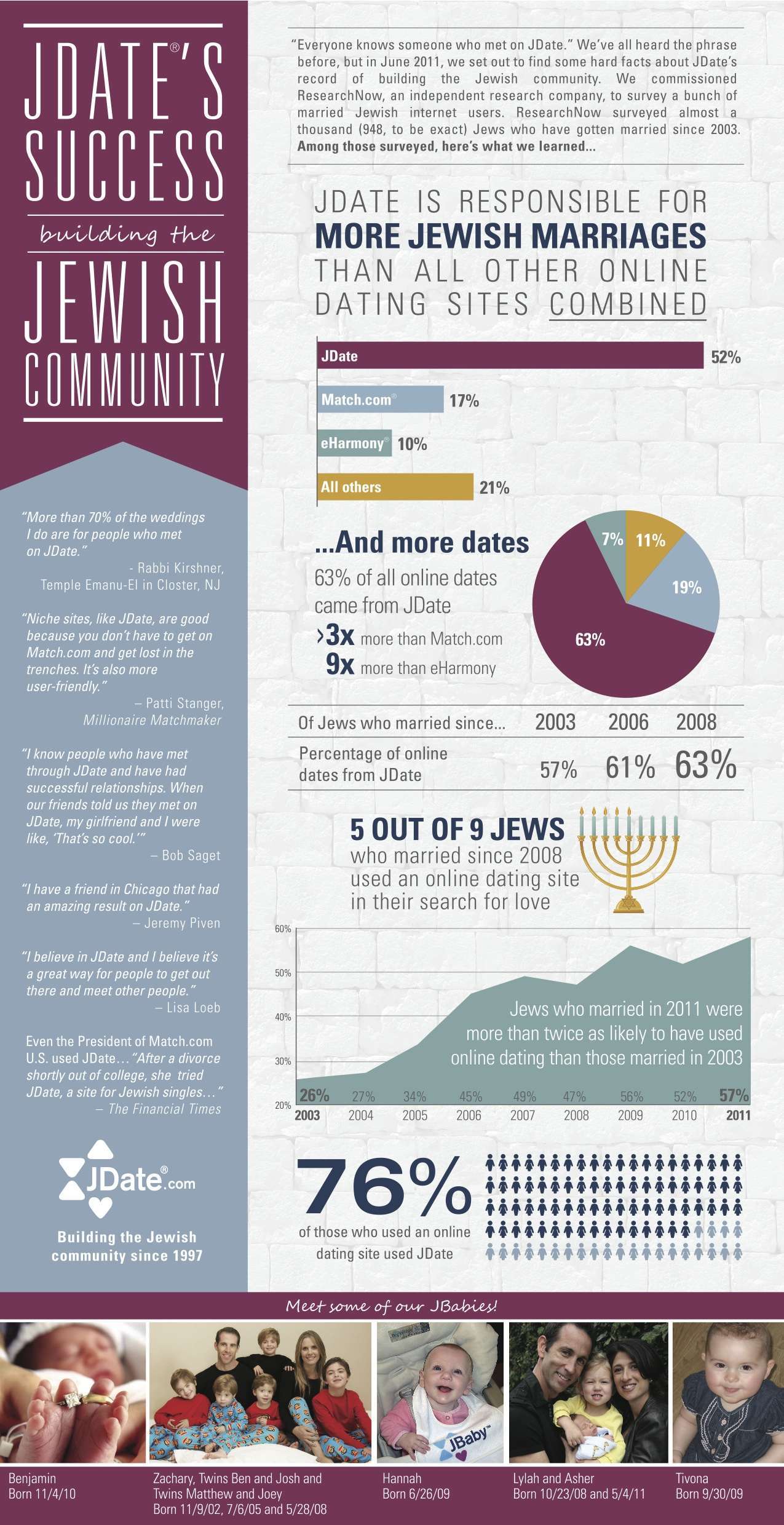