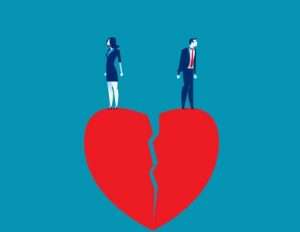 It’s been one-year since Donald Trump took office, and singles are still dealing with the big political elephant in the room, our commander-in-chief and his tweets.

During the election, and in the aftermath since Trump became president, talking about politics has become critical when dating someone new, and to those within their existing relationships.

I recently wrote an essay, Can Love Survive Trump, where I revealed my big confession on how I struggled in my relationship with my long-term love. He had strong and vocal opposing views from mine when it came to politics.

As a dating coach, I believe I provide good dating advice on how to navigate the singles scene, even with politically opposite views. I also really believe in having a good debate. While coaching others on how to talk about politics on a date, I found I didn’t take my advice and kept silent about my complicated relationship status. I now feel liberated, and continue to coach and write about the great political divide.

Politics has become so divisive in dating, that conversations that start at the breakfast table end up on opposite sides in the bedroom. They often no longer include, “Sweet dreams” and a hug.

When one person walks in the Women’s March wearing a pink hat, and the other is jumping for joy about the new tax reform, it’s clear that talking about differing political views need to happen on the first date, if not sooner.

In a Match Singles in America study, they showed that talking about politics on a first date will result in a 91% chance of putting the second one on the calendar.

OkCupid found that 50% of its users won’t date someone with opposing political views. The site also found that users mentioning political words in their profiles increased by more than 1000% from 2015 to 2017. 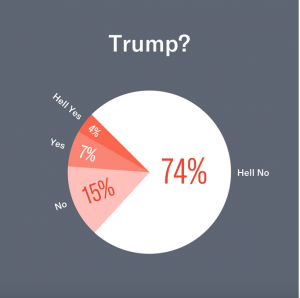 The site, known for asking provocative questions, has 19 questions about politics. “Trump?” received the most answers, with 74% responding “hell no” and only 4% answering “hell yes.” The most answered question was “Should guns be allowed in schools?” The most polarizing question is, “Did Russia hack the last US election?”

Mobile dating app profiles now include political terms, or instructions to “swipe left if you vote for Trump,” or “swipe right if you think Trump’s making America great again.” 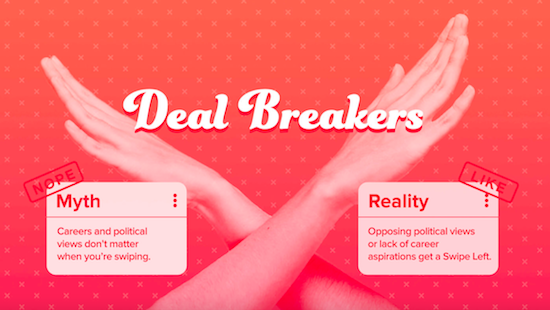 Tinder states that 71% of their users won’t date a Trump supporter. Their Modern Dating Myths, released in April of 2017 showed, “Opposing political views were getting more left swipes.” Nine out of 10 of my dating coaching clients said that having similar political views with their dates are important to them.

Coffee Meets Bagel tells me their poll of 1320 members showed that the majority, 70%, who are Democrats said politics was impacting their dating lives, as compared to 43% of Republican singles.

Plenty of Fish conducted several surveys on politics and dating in 2016 and 2016 and offered some promising news.

POF found while the current political climate is tense, it’s starting to lighten up. They found that less than 1% of singles used the terms “Trump” or “Republican” or “Democrat” in their profiles. They also said that 90% of people had not broken up with someone over political views or party affiliation since the election and recommended not talking about politics on a first date.

Experts Weigh in on Trump and Politics

I spoke with Dr. Helen Fisher, biological anthropologist and Chief Science Officer at Match, who said, “If singles feel very strongly about their political views, they should add it to their profiles.”

CNN Political Contributor and KABC Radio co-host John Phillips agrees with Fisher. “If both people are passionate and care about politics a great deal, it could be a problem,” said Fisher. “But then the relationship is probably doomed anyway.”

Dr. Fisher’s research indicates that people gravitate towards people who share their values. “For couples who are polar opposite politically, they just have to agree to disagree and find a way to respect each other,” Fisher said.

“People are going to stay strong in their positions because we aren’t talking about how you butter your toast,” said Fisher. “Things with the Dreamers and the immigrants is real and taps into basic values.”

Deal breakers for singles used to include height, smoking, and religion. They’ve been replaced with politics as a top deal breaker, with singles feeling more comfortable dating someone with same political views.

Phillips, who identifies as Republican, tells me that politics is more critical than ever in today’s dating world. “It’s more important than it used to be because the news has essentially become one endless talk show about politics,” said Phillips.

He believes politically charged opposite couples can co-exist in Trump’s America. “If Dodger fans can date Giants fans without the relationship ending in a 911 call, Trump and Clinton supporters can co-exist without domestic violence,” Phillips said.

Are we heading to a point where we can agree to disagree over an appetizer and enjoy crème brûlée for dessert? I sure hope so.

SIGN UP for the FREE Weekly Flirt email for dating advice delivered to your inbox.