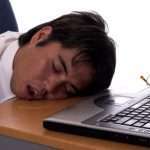 Lately, I?ve been questioning whether singles who are members of online dating sites really want to meet someone and create a real relationship that goes from online to offline, or just spend time hanging out in cyberspace. ?It appears that many daters are suffering from a relationship syndrome called ODF, the acronym for online dating fatigue. It can also be defined as IDF, Internet dating fatigue.

While I might sound like eHarmony?s founder Neil Clark Warren, who wrote an article on Huffington Post,?On Second Thought, Don?t Get Married,?where I’m telling online daters that they might need to take a break as well, there’s some truth to ODF. ?In Warren’s article, ?he questioned whether marriage has become obsolete. The article is still being talked about and was shared by over 4000 people on Facebook and Twitter and ?liked? by over 13,000 people. Something to ponder.

As an online dating expert and coach, I?m not suggesting you should abandon online dating completely, but instead consider taking a break and return refreshed, along with a new set of rules and digital tools that might increase your chances of success. Just as athletes get muscle fatigue, daters do get online dating fatigue.

In my coaching practice, I meet singles and divorcee’s who are already fed up with the process. ?There are several reasons why I believe they?re suffering from ODF, and am here to provide some suggestions and online dating tips that just might wake you up from the exhausting process.

1. You?re tired of logging on and coming up empty handed.

You go to the gym three times a week, meet your friends for drinks twice a week, and spend an hour a day logging on to your online dating account to view photos of eligible singles. You hand pick 10 men or women to write to and take the time to personalize the subject line.? The result is, no one ever writes back.? You don?t know why they weren?t interested, wondered if they had an inactive profile where they couldn’t read your email, or were testing the waters with a few others and would consider you for the future. You diligently send emails more often-than-not, and still wake up to an empty inbox. It?s discouraging, I know. You feel like it?s a chore.

You know you?re smart, witty, and have that great sense of humor everyone advertises that they?re looking for. ?Yet, you find it hard to write an introduction email that will be catchy and stand out. You didn?t grow up wanting to be a copywriter, so your personality doesn?t shine. As a result, you spend less time logging on. ?Finding a date or a mate goes down a notch or two on the totem pole. You?ve worked hard all day at work. You really don?t want to work that hard when you get home. The end result is, you lose interest. You?re suffering from ODF.

Take for example *Mike (name changed), who has been sending the same 770 word count email about himself for four years to women promising a lifetime of happiness. He wrote a novel with over 50 sentences to introduce himself.

Chances are Mike never reads the profiles of the pretty faces he views. He diligently copies the same email daily and sends it cold to women with a shotgun approach. His subject line is empty and says, (none). Sure online dating is a numbers game, but if you aren?t an educated player, your email may end up deleted by the third sentence. I finally had to tell him, ?Copy + paste = erase? and suggested that he leave the novel at home. He didn’t appreciate my constructive criticism and is still single to this day.

If anyone has ever suggested that you might be too picky, chances are, they?re right. Your list may be so long on your profile, that it discourages would-be suitors to find someone more easy-going. If your search parameters are too narrow, it?s rare that you?ll find a compatible partner, online or offline.

Take *Janie for example. She?s a vivacious woman with a lot to offer a man. She has a successful career, beautiful home, loves to cook, and really wanted to fall in love. She came to me as a last resort, having been single for a decade. I looked at her profile and her search requirements were so limiting. She only wanted to meet a man who lived within a five-mile radius of where she resided. Her age parameters only spanned five years. It was an impossible task with unrealistic expectations. She didn?t realize it, but she was too picky. We broadened her search to 40 miles and expanded her age range to 12-years, 6 older and 6 younger than herself. She?s now dating someone age-appropriate who lives a town away. Are you too picky?? If so, it?s time to cast a wider net.

You wouldn?t send a resume looking for your dream job without an email and phone contact for the recruiter to call you for the job interview, so you shouldn?t be so difficult to reach to set up a date.

Take *Bill, a handsome and successful man as an example. He always makes a good first impression in his introductory emails. He sends the women his phone number along with a message telling them that he?s only available to speak at 12pm and 9pm. ?Most people have busy lives, both personally and professionally.? So if a woman called Bill outside of those two limited time slots, they?d not only get his voicemail, but he also had ?call intercept? on his line requesting that you announce yourself before he?d pick up the call. Pre-screening your date?s inbound phone call is a netiquette no-no. Of course most of the women hung up. Bill?s still single. A little more flexibility and removing call intercept on his phone to make time for love might help with his search. If you want to get on his or her date card, you need to move the process along from the initial email and find the time to put a real date on the calendar.

5.?You?ve gone on too many first dates.

You?ve managed to pass the dating filters, sent a few emails and text messages back-and-forth, and the first phone call went well. You dined at a restaurant that you hoped might impress him or her. The process took about two weeks, but it seems you never graduate to a second date. While the reasons may vary, most include:

You thought the first date went well. They laughed at your jokes and said they?d like to see you again. ?You spent precious resources of time and money on the dating process with no return on your investment.

Yes, dating can be expensive, but you don?t need to dine at the Four Seasons to impress someone. These days, it?s not unhip to use a deal-of-the-day?coupon?or Groupon for a dating idea, providing you?re not only asking for two-for-one yogurt at $4.99. The result is, you?re wallet is now thin and you still find yourself alone on date night. You get frustrated with the process and end up with ODF.

If any of these five scenarios sound familiar, you?re not alone. Online dating fatigue is very real. Sometimes you need to take a break, other times you need to fine tune your profile or change your parameters and habits. At the end of the digital day, there are over 120 million singles in the world looking for love online. Not everyone suffers from online dating fatigue.

Julie Spira is an online dating expert, social media strategist and bestselling author of The Perils of Cyber-Dating: Confessions of a Hopeful Romantic Looking for Love Online. Connect with Julie on Twitter @JulieSpira and at Facebook.com/CyberDatingExpert

1 thought on “Do Internet Daters Suffer from Online Dating Fatigue?”