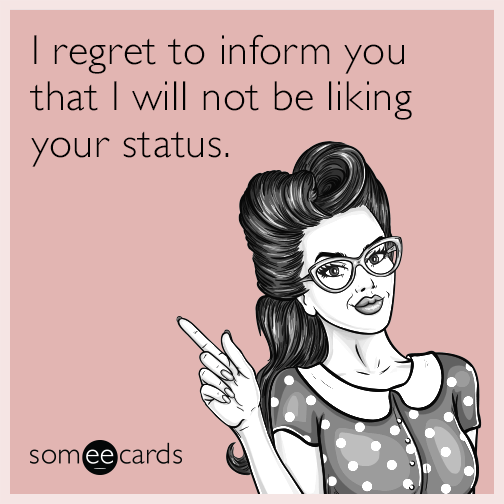 To friend, or not to friend on Facebook and social media? That question has been brewing for over a decade for singles who are excited about dating someone new.

The 2018 Singles in America Study conducted by Match has revealed some social media etiquette rules on how over 5000 singles prefer to connect when it comes to dating in the digital age.

With so much information available on the Internet, it’s a piece of digital pie to become a cyber-sleuth. From stalking (we mean searching) on public profiles on Instagram or Twitter, to conducting a google image search, there’s so much we can find out in advance.

In their survey, they found nearly 2/3 of singles use social media daily, with both men and women using social media to research their date.

RELATED: To Friend, or Not to Friend on Facebook

Social Media Before the First Date

Match tackled the question in their study with a pop quiz, asking “When do you hit the ‘Add Friend’ button?

While the majority (41%) prefer taking it slow, both online and offline, and say they’d wait until after a few dates, still 19% of singles actually take the leap and ask to become friends before a first date.

Let’s keep in mind there’s so much digital foreplay going on with texting, calling, and chatting online, that by the time many get to a first date, they feel like they’ve been dating for a while.

Prior to the first date, 20% of singles said they would ‘like’ a photo and 23% would strike up a private chat in Facebook messenger or on Instagram.

RELATED: Rules of Netiquette – Dating in a Facebook World

Similar to those who are quick to click to become friends, 18% say they will only send a friend request once the relationship became serious.

After all, if you’re dating multiple people and playing the field, you really won’t want your date to see your whereabouts when you’re not together.

The survey showed that singles are most comfortable becoming friends on Facebook (75%) after a few good dates, as well as 36% approve of following on Instagram, lagging with 34% adding on SnapChat, and 40% would tag someone in a post.

When in doubt about posting and tagging, always ask for permission. Remember some people use social media for business purposes, and others don’t want a relationship that could become complicated appearing in the news feeds of their friends.

Once it gets serious, 66% actually changed their profile photo to a couples picture and say it’s find to become Facebook official. However only 13% of singles surveyed do change their status to “In a Relationship.”

At what point in the dating process would you become friends on social media?