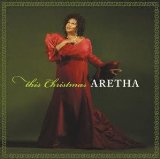 I write about love, romance and relationships in a web 2.0 world. ?I also write about women empowering women, whether at an event such as The Women’s Conference in Long Beach, a weekend retreat on relationships, cyber love stories of those who met online, and especially when I hear an incredible woman singing inspiring songs.

Saturday night was one of those inspirational musical moments, where I had the opportunity to see Aretha Franklin, the Queen of Soul, perform at The House of Blues on Sunset Strip in the heart of West Hollywood. ?The last time I had seen Aretha perform live was in 1982 at the World Music Festival in Jamaica. Over 25 years later, I anxiously awaited for the night to arrive.

As I walked down the staircase from the Foundation Room to the main concert hall, Dan Akroyd passed by me with a smile and a wink. ?He knew it would be a night to remember.

Aretha was dressed in a peach full length prom dress complete with a train and a white lace overlay. She opened with Your Love Keeps Lifting Me Higher?and Higher? to a sold out crowd. As she sang the words to R-E-S-P-E-C-T, there wasn’t a woman in the crowd that wasn’t singing along with the Queen of Soul while feeling her inspiration. ?

The Queen continued with gospel and soul medleys and a few songs from her new holiday album entitled,?This Christmas Aretha?scheduled to be released on December 9th, but you can order it now if the spirit moves you. As I left the legendary House of Blues, it made me realize the holiday season has arrived.

Aretha will be a presenter at the American Music Awards on Sunday, November 23, 2008. ?I look forward to adding her newest album to my collection for the holidays.