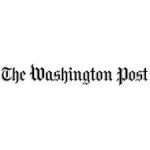 Is it possible to find love from your mobile phone?

Within 24 hours after we completed the first season of Mobile Dating Bootcamp, I was contacted by the Washington Post as an expert in mobile dating for a featured story they were writing on the subject. With the rapid growth and popularity of mobile dating apps, their in-depth piece on the subject entitled, “Love on the run: the fast rise of mobile dating apps” appeared on the cover of the business section of the Sunday paper on August 19, 2012.

Franklin, one of our contestants, was more than happy to share his experience with the Washington Post. After all, he?s truly looking for his wife and is hoping that by using mobile dating apps, it will speed up his search.

At a swanky Los Angeles hotel in June, six single people sat before a roomful of industry executives to discuss that issue.

This annual conference is a gathering of the biggest players in the dating app business. The six participants had signed up for a first-of-its-kind mobile dating boot camp, organized by Julie Spira, an author and cyber-dating expert.

Their mandate was simple: Try out two apps for two weeks and provide honest feedback.

While developers collect their own statistics and user responses, this was the first time this sort of focus group was organized, she said.

?I don?t think I would have started it on my own, and I?m in the software industry,? said Horn, 27, who works at a tech startup in Santa Monica. ?It?s a hard thing to put yourself out there.?

He used three apps: eHarmony, Skout and MeetMoi. While he didn?t go on any dates, Horn said he exchanged about 150 casual messages with a few women.

?Since I?m single and busy, I wanted to use it as a way to practice flirting and see the technology behind the apps,? he said.

Another participant, Joe, 30, from Chicago, described his experience in a blog.?With these apps it feels like, ?Hey, I?m in the area, I?m looking to hang out,? he wrote. ?You know what somebody?s intention is. It?s a little more explicit up front.?

Spira says that just like online dating, people should apply common sense with an app.

?You have to use intuition and act the way you would in real life,? she said. ?Like meeting in a public place.?

All the dating app users were clear that they?d prefer meeting someone the old-fashioned way, without technology. Even if they did use an app, they wanted to take the relationship from online to offline as soon as possible, said Spira, the cyber dating expert.

?I?m sure Mrs. Horn is out there somewhere,? Horn, the boot camp participant, said. ?The app is just a way to meet her.?

The next season of Mobile Dating Bootcamp will take place in January, 2013 in Las Vegas at the Internet Dating Conference. We?ll be casting contestants in October, 2012.

Julie Spira is an online dating and mobile dating expert and host of Mobile Dating BootCamp. She’s the CEO and founder of Cyber-Dating Expert and was an early adopter of online dating from dial-up to mobile. Julie creates irresistible profiles for singles on the dating scene to shorten their search while looking for love online.? For more dating advice, sign up for the Weekly Flirt and follow @JulieSpira on Twitter and at Facebook.com/CyberDatingExpert

1 thought on “Finding Love on Your Cell Phone”