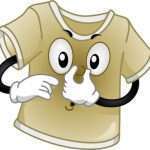 Pheromone Parties. Could they be a new substitute for frustrated online daters? I was asked by CBS News to comment on the new trend that started in Los Angeles. Before the story went live, I posted the question on our Facebook page, with over an overwhelming response that singles believe the nose doesn’t always know.

Would you go to a pheromone party and how does it work?

Basically singles who participate must sleep in a tee shirt for several days, drop their sweaty tees? into a jiffy bag, freeze them for three days, and bring them to a cocktail party for their potential date or mate to sniff their way to love. Is this a good way to start a relationship?

Is it chemistry, science, or just a passing fad?

Often singles get frustrated with both the bar scene and online dating in general. Having a “hook” to get singles together to meet in-real-life is a terrific idea. I look at Pheromone parties as a modern day replacement of wine-and-cheese parties. However, I question the desire of the masses to sniff out the armpits of tee-shirts that people have slept in for several days. Perhaps it’s something to try once, but don’t retire your online dating profile while in search of the perfect scent.

We know that certain scents will always be a turn-off for some, such as shirts permeated with the smell of cigarette or cigar smoke, or just plain old gym-sweat. However, some colognes or scents might remind someone of a former sweetheart and can increase your desire to meet that person. At the end of the day, finding someone compatible usually comes down to similar values and interests. If someone’s body-oder is a turn-off, you’ll know pretty quickly.

I asked our thousands of friends and followers, both male and female, single and married, to comment on Facebook.

Let?s hear it from the girls

Robin said, “Pheromone’s should be natural between people attracted to each other. Call me square but I wouldn’t be ready for something like that?”

Shelly chimed in with, ?Oh my!?

Debbie said, “Not sure, but it is interesting to think about!”

Barbara said, “No. I like the smell of soap.”

Rachel said, “Read about that. Creepy and gross.”

Let?s hear it from the boys

Jay said, ?Not. I miss the old days of meeting a beautiful woman at a rock concert……..?

Peter said, ?Saw a report on CNN on that the other day. No! C’mon people?”

Guy said, ?I can see a new section on Jdate.com for this…..?

Glenn said, “Hipsters will bite into anything new won’t they?”

David said, “Might work if I was a beagle?.”

The married men chimed in

Gil said, ?Well, AFTER we were married, my wife always wanted me to leave a worn shirt with her when I was away on trips. Sleeping with my scent comforted her.?

Only Mark seemed to think it was a viable dating option by saying, “Haven’t been having that much luck lately with my dates, so why not?”

Would you go to a Pheromone party in your city?

Your comments are welcome.

Julie Spira is an online dating expert and CEO of Cyber-Dating Expert. Her irresistible profiles help singles on the dating scene shorten their search to ride off into the digital sunset. For more dating advice, sign up for the Weekly Flirt newsletter and like us at Facebook.com/CyberDatingExpert

1 thought on “Pheromone Parties ? Dating in a Scented World”