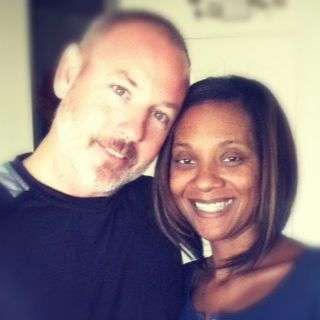 Meet Jeanelle and Barry who were looking for love online on MySpace.

Both single, the two were hoping to meet someone to build a relationship with, but weren?t searching in the same zip code range. Barry was searching for girls in his zip code in Arizona and Jeanelle was searching within 50 miles of her own.

One day when Barry was online, his computer crashed causing him to have to restore his data. When he logged on to his MySpace page his search had mistakenly changed to include Jeanelle?s zip code. Barry told Jeanelle that her picture was on the second page of the results and although he kept looking for a few days, he kept going back to view Jeanelle?s photo.

For three days Barry read over Jeanelle?s page and wondered if he should reach out to Jeanelle and start a mixed-race relationship. Both Jeanelle and her friends were African-American according to the photos that Barry had viewed. Barry wasn?t sure if Jeanelle would be interested in meeting a white man for a serious relationship.

Barry emailed Jeanelle a sweet email welcoming her to Arizona and said that she could email him anytime. The two emailed each other for a month before they spoke on the phone and then talked via phone for an entire month before they met. They both wanted to make sure they were building a friendship before jumping into an intimate relationship.

What really made Jeanelle fall in love with Barry is that even after she told him that she had two sons and MS, he still chose to be with her. She knew they were really in love. After the two months of courting, the two finally met and one year later on the anniversary of their first date, they were married. ?He’s my best friend and because we became friends first, we remain friends through any challenge we face,” said Jeanelle.? “Online dating can be successful when both parties go in wanting a friendship before they become intimate.”

Congratulations to Jeanelle and Barry who teach us that true friendship is the basis of a long term and loving relationship.

Julie Spira is an online dating, netiquette and cyber-relations expert. Visit CyberDatingExpert.com for dating advice and where you can sign up for the Weekly Flirt. Like us at Facebook.com/CyberDatingExpert and follow @JulieSpira on Twitter.