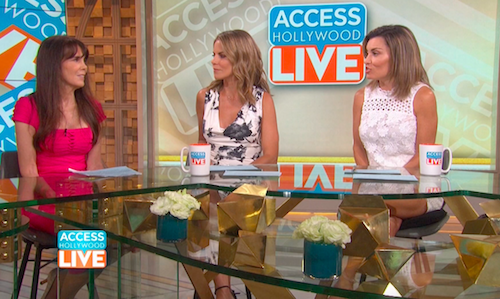 Jay-Z and Beyoncé. The perfect Hollywood romance, or is it?  We love to watch love in Hollywood unfold, feel betrayed when there’s a bump in the road, and watch with enthusiastic eyes when there appears to be a Hollywood Happily-Ever-After story.

On Access Hollywood Live, this story aired and as a dating and relationship expert, I was asked to join hosts Natalie Morales and Kit Hoover to talk about their relationship.

Jay-Z dropped a bomb in his mini-documentary

Jay-Z made a big confession in a mini-documentary for his new album, 4:44, and said his relationship with Beyoncé wasn’t based on truth. In a video played on Access Hollywood Live, this is what Jay-Z said:

Jay-Z: “I just ran into this place and we built this big beautiful mansion of relationship. I mean, that wasn’t totally built on 100% truth, and then it start cracking, and then things start happening that the public can see. You know what I’m saying? And then we had to go to a point it’d be like, “Okay, tear this down and let’s start from the beginning.” By far, and I’m telling you, it was the hardest thing I’ve ever done.”

When asked what I thought about it and if a couple could get over infidelity, I explained,

“Every relationship takes a lot of work, but when you’re in the public eye and you’re a celebrity, people look for the little cracks in relationship. They look to see if something is wrong. Now, we’ve got a confession – and a very public confession. It’s going to take a while to rebuild, and both parties seem to want to rebuild this relationship. Again, this confession is very public. It will sting, it will sting for a while.”

When asked if Jay-Z’s public admission would make her or women in general, forgive quicker, I replied with:

“Forgiveness is something that we all need to practice. It’s just a question of building trust. Really, we’re building that trust.” 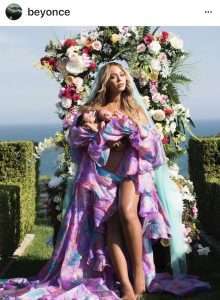 By the end of the week, Beyoncé posted a photo of her twins for the first time on Instagram. Yes, Hollywood couples go through big public bumps in the road and we hope for nothing but happiness for Jay-Z, Beyoncé, and their family.

Next up, we chatted about Ben Affleck’s new public romance with SNL producer Lindsay Shookus, after the couple appeared together regularly in New York and Los Angeles.

Julie Spira is a celebrity dating coach, relationship expert, and online dating expert. She’s the founder of Cyber-Dating Expert and has been coaching singles for over 20 years with her Irresistible Profiles programs.