As Valentine’s Day is upon us, the annual dating apps report from Liftoff, shows mobile dating app usage increased by 50% at the start of ‘Cuffing Season.

When weather gets colder and the desire to couple-up increases, your mobile phone can become both your BFF and your personal wingman or wingwoman.

With over 1500 dating apps to choose from, it becomes easier to find a date in a digital split second.

In a press release, Liftoff stated:

“New data from Liftoff shows that to get that cold-weather love, people are eschewing the “traditional” method of dating and turning to dating apps as their primary means of finding an S.O.”

According to the report, in January 2017, Tinder alone revealed it observes users spending around 90 minutes a day in-app, logging in at least 11 times.

Singles Join Dating Apps During Breakups and in Colder Weather

The data comes from more than two dozen of the top dating apps, and confirms the trends that singles will be flocking to dating apps during the times they are finding themselves single.

The famous Facebook breakup chart that we often talk about shows the peak times couples split, right before Christmas, and then again heading into Spring Break.

In their report, I was cited on the seasonal trends of breakups and increased mobile dating app usage.

Julie Spira, an award-winning dating coach and internationally recognized cyberdating expert, sums it up best. “Couples who look deliriously happy on Facebook are breaking up around Thanksgiving,” she writes on her blog advising readers to “let their mobile phone be their BFF” in the search for the right partner for the year ahead. 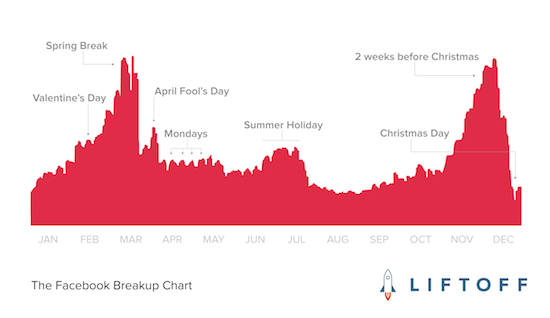 Dating apps aren’t just a local-based. Thinking out of the box, most of the major apps are expanding internationally, now in 50+ countries, as reported by the BBC.  If your plans include travel and a Passport, make sure to open your apps while out of the country, to meet interesting people abroad.

Russia and Brazil top the list of the most downloads, with the US coming in at 25%. 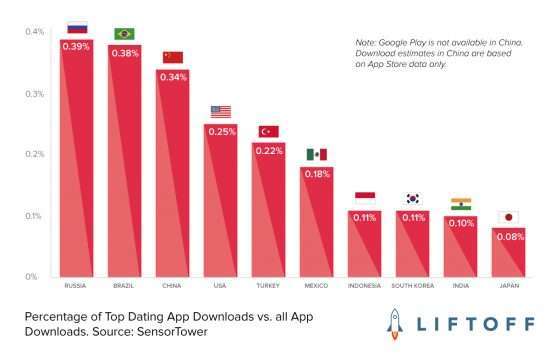 “Today mobile and matchmaking are one in the same. Swiping in public is as popular as sending a text. It’s why the market is witnessing an avalanche of mobile dating apps, gaining traction (and market share) by appealing to Long Tail tastes for apps that help people nd dates, mates and even BFFs.”

Julie Spira is America’s Top Online Dating and Mobile Dating Expert. She was an early adopter of Internet dating, is the creator of Mobile Dating BootCamp, and as an award-winning dating coach, has been helping singles find love online for almost 25 years.

SIGN UP for the FREE Weekly Flirt for dating advice delivered to your inbox.